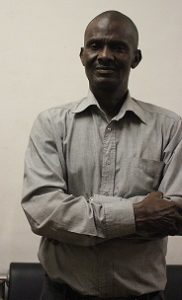 Mr. Hassan Olatunji Suara was born on the 13th October, 1960. He attended St. Michael Catholic Primary School Ago-Iwoye, Ago-Iwoye Secondary School from 1973 to 1978, Ogun State University Ago-Iwoye 1982 to 1986, Olabisi Onabanjo University 1998 to 1999 (Masters Public Administration) as well as a Post Graduate Diploma  in Tourism and Hospitality from National Institute for Hospitality and Tourism (NIHOTOUR) from 2013 to 2014.

He was appointed into the Lagos State Public Service on the 15th June, 2000 and has worked in many departments in the Ministry of Tourism, Arts and Culture. He became the Assistant Director of Monument Management Department in 2015 and became the Head of Department in December 2017 till date.