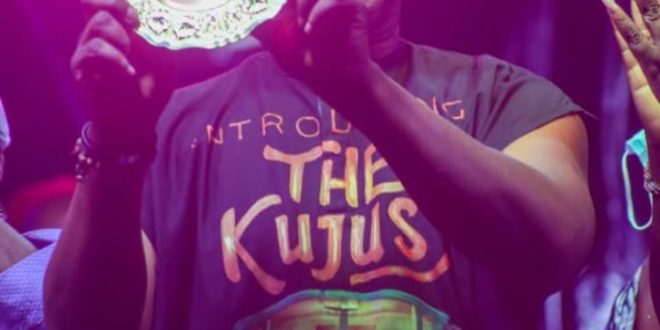 The Special Adviser on Tourism, Arts and Culture, Mr. Solomon Bonu, has reiterated the commitment of Governor Babajide Sanwo-Olu’s administration to the promotion of Arts and Culture in line with the State Government T.H.E.M.E.S development Agenda aimed at improving the socio-economic outlook of the State.

Bonu stated this at the annual Footprints of David Arts Festival (FODAF), a community-based festival of arts and culture in Arobadade Street, Bariga, where he was bestowed with the Arts Icon Award from FODAF, in recognition of his relentless contributions to the promotion of tourism, arts and culture in Lagos State.

Receiving the award, Bonu thanked the organisers for the recognition, just as he said that the current administration will not relent in its effort towards the development of tourism, arts and culture in Lagos State.

He said: “On behalf of the Governor of Lagos State, Mr. Babajide Sanwo-Olu, I bring warmest greetings to the residents of Bariga. The State Government remains committed to the improvement of lives of residents of Bariga and its environs, especially in the area of Tourism, Arts and Culture”.

Bonu, in company of the General Manager of Lagos State Urban Renewal Agency, LASURA, Ms. Faidat Ajibike Shomade, as well as other top government functionaries, assured the residents of Bariga that the State Government is ready to tap into the potentials in Tourism, Arts and Culture in the community, noting that the Governor is ready to execute several projects for the development of the community.

According to him, the State Government’s commitment to Tourism, Arts and Culture is in line with the current administration’s T.H.E.M.E.S Agenda, which is aimed at improving the socio-economic outlook of the State.

Bonu recalled that Seun Awobajo, the brain behind Footprints of David and his crew presented a play for Governor Babajide Olusola Sanwo-Olu last year at Glover Memorial Hall tagged “Obi ati Orogbo”, where the Governor promised an intervention for the crew and Bariga community.

“This necessitated my visit to this community some time ago with the General Manager of Lagos State Urban Renewal Agency (LASURA). We went around and looked at how we can improve the lives of these children to make them better for tomorrow. Tourism, Arts and Culture are here in Bariga and we have to tap into them. So, any moment from now, we will come back to fulfil that promise made by the Governor”, the Special Adviser stated.

He commended the laudable steps taken by the Footprints of David Arts in furthering the cause of community arts development and humanity.

Other awardees at the event include Sarah Boulus, President of the Society of Performance Arts of Nigeria (SPAN) with the FODAF Personality of the Year Award; Mr Kolade Alabi David, Chairman of Bariga Local Council Development Area with the FODAF FELLOW AWARD; Mrs. Ganiat Abayomi and Mrs. Gbemisola Alli Odedina as FODAF FELLOW AWARD, among others.

It is worthy to note that over the years, FODAF has remained true to its cause of rejuvenating societal values, especially through the Arts, by discovering creative talents and giving them the right platform and orientation to becoming better citizens.