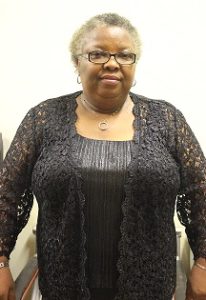 Mrs. Osiewu Olubunmi Kudirat was born in Somolu Bariga Lagos State on the 8th of August, 1963. She had her Secondary School Education at Girl’s Secondary Grammar School, Bariga and proceeded to Lagos State College of Science and Technology, Isolo now Lagos State Polytechnic where she bagged a National Diploma (ND) and Higher National Diploma (HND) in 1982 and 1986 respectively. In the year 2002, she became professionally qualified with ANAN and in 2010; became an Associate of CITN.

She started her Public Service career on the 19th of October, 1992 and has served in various Ministries and Agencies with experience varying in skills in areas of Finance and Accounts. She is happily married with children.