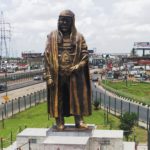 The new Chief Gani Fawehinmi’s new statue remodeled by the Lagos State Government and unveiled by Governor Ambode, in commemoration of his 80th Posthumous Birthday at the Ojota Park, Lagos, on Sunday, April 22, 2018. 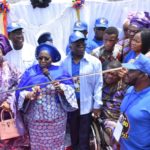 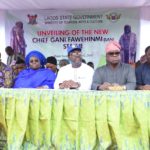 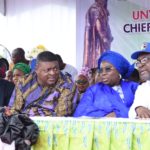 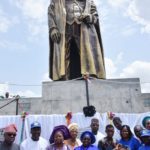 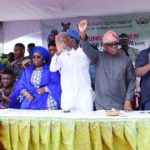