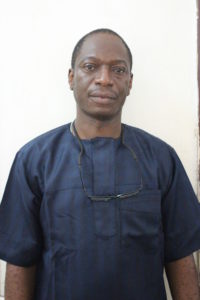 Mr. Ladejobi was born in Lagos State on the 8th September, 1968 in Ikorodu Lagos State. He attended Jibowu High School, Yaba Lagos from 1982 to 1988, University of Ibadan, Oyo State, from 1992 to 1998, Pink Allamada Consultant, Lagos in 2013, Bournemouth Business School International U.K in 2014.

He joined the Public Service on the 3rd of March, 2000 and worked in various departments of the Ministry before assuming the post of Head of Hotel Licensing Department.