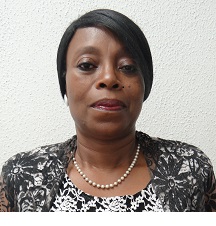 She obtained Bachelor of Arts degree (Hon) in Linguistics and African Languages at the University of Benin, 1984.

Mrs. Oni joined the Lagos State Civil Service in July 17, 2000, as a Tourism Officer ll and has served in various capacities in the Ministry. She presently serves as the Head of Tourism Promotion department, Ministry of Tourism, Arts and Culture.

She is married with children.